About Your Gibson GForce Tuning System

The Gibson G-Force Tuning System is based on the Powertone® system which was developed the Tronical Company®. Its purpose is to make tuning a guitar both easy and precise.

How Do Auto Tuning Systems Work?

Transperformance ® has offered an auto-tuning system for decades. Adaption of the Transperformance system occurred because installation required extensive work to route and install multiple components.

Introducing the G-Force System as a factory-installed part of new guitars more or less forced consumers to at least try it. Besides ease of simple tuning, the G-Force electronics allow for easy non-standard tuning such as drop-tuning.

Wikipedia describes the workings of this system as, “The Gibson system uses the standard Tune-o-Matic style bridge typical on their guitars, but modifications were made to have individual piezo saddles that transmit each string’s pitch to the microprocessor.[7] The computer analyzes the signal and then controls each of the Powerhead Locking Tuners. Each tuner is run by a small servo motor that works in sync with the bridge to bring the string up to pitch by altering the string’s tension until it is within the desired tolerance.[2] The entire system is powered by a nickel-metal hydride rechargeable battery pack housed in the control cavity of the guitar.”.1

Tuning Your Guitar with G-Force

During an electric guitar setup Tuning your Gibson Les Paul for Standard Tuning is actually quite simple. It’s much easier to do sitting down. Always make certain your battery is fully charged. Here are the steps for tuning your G-Force guitar:

Refer to the Gibson Owner’s Manual for instructions on Alternate Tuning. The website SixStringAcoustic.com offers this information for Alternate Tunings, “However, there are also several alternate tunings that you can select – plus you can program in your own custom tunings too.

There are also low tuning pre-sets. These are the white and yellow pre-set banks. Then there is a Magenta pre-set banks where you can do custom low tunings. The Magenta defaults to C tuning (which is C, F, A#, D#, G, C)”2.

Wondering how to restring your Gibson Les Paul with the G-Force Tuning System? It’s actually very easy. You simply install your new strings as you normally would, however; you need to pay close attention to how you wrap the string around the post. Find the small notch and guide the string down and through it, then engage the auto-tuner system.

To get more precise instructions on using a G-Force Tuning System to restring a guitar you shold watch this YouTube video by Yorkville Sound. We’ve shared it here under YouTube’s Creative Commons permissions

There are a lot of happy G-Force owners, and yet a rather large number of very disappointed G-Force owners. It’s fair to say that the customer satisfaction ratings seem to continually climb with each new and improved version.

Some may argue that the system was put into production far too soon, which led to an early but strong bad reputation. To make sure YOU are doing your part to get the most from this system you should implement the tips offered at the GuitarPlayer.com website.

Author Gary Brawer offers 7 fantastic tips which follow his comment, “Motorized tuners are very cool in many regards, but here are several things you’ll want to keep in mind to get the best out of them.”3.

There are many years worth of Gibson guitar owners documenting problems with the auto-tuning systems. Commonly reported problems are that the guitar will not stay tuned, it takes multiple attempts for it to successfully tune, you get caught out with a dead battery, and individual tuners failing to respond.

Users on the Gibson website forum have remarked about problems with even new guitars. One forum user stated, “I have had the guitar for one week, played it for at least 20+ hours and the G-Force tuners have presented me with nothing but problems. The last straw was at rehearsal last night and the guitar was out of tune more than it was in tune. I have purchased many, many brand new guitars over the years and never had the problems with tuning as I have had with this one.”4.

Forget the question, “will I have problems with my G-Force Gibson?”. You definitely will, the question is when. When that day does arrive you need to understand your what to do about replacing your faulty G-Force system

The most common solutions for problems with G-Force Tuning Systems are as follows:

For new OEM replacement parts you can visit the Gibson website. Buying items such as the G-Force battery directly from Gibson assures you that you are getting a genuine Gibson part. There are many sites that sell low-quality, knock-off products. Visit the Gibson website to get the right part at a fair price.

The auto-tuning systems by Tronical Tone and Gibson G-Force get mixed reviews by users. If the tuning system is functioning properly it offers a lot of conveniences. If it becomes problematic you’re better off finding a G-Force replacement than enduring the hassles and cost of keeping it repaired. If you have experience with G-Force Tuning Systems we encourage you to leave comments below to share your thoughts. 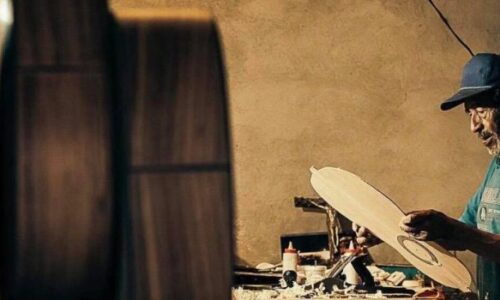